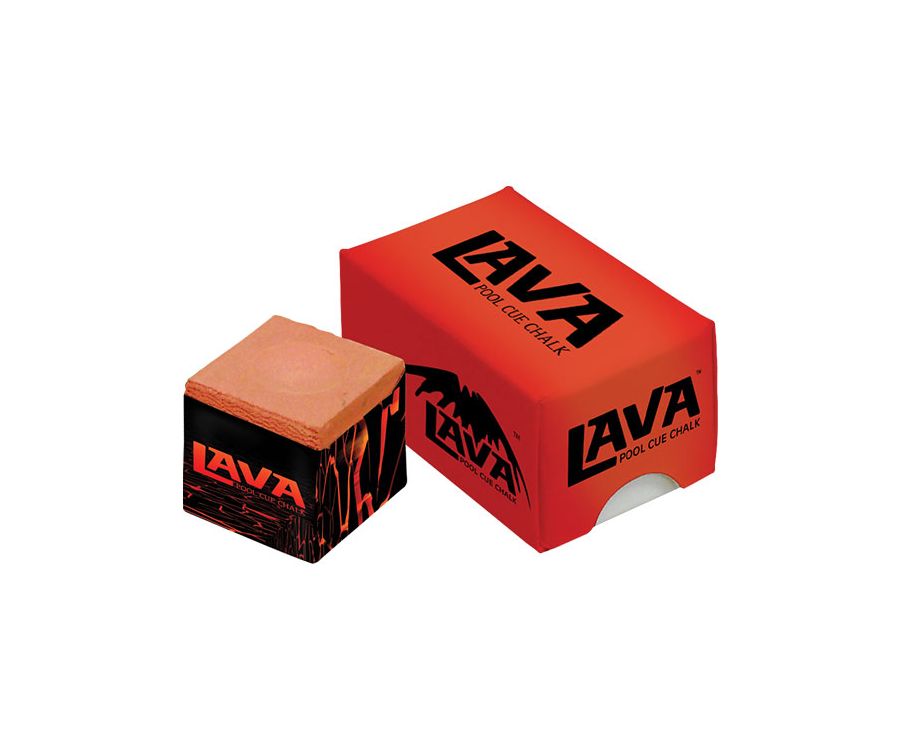 Here's what we know about Lava chalk. The stuff is made from lava rocks that have been pulverized into a fine powder. The idea behind using lava rock goes a little something like this: Lava rocks are created from lava that flows at crazy high temperaturesThese temperatures create viscosityViscosity equals frictionFriction is what keeps chalk on your tip (and as a result, reduces miscues) We've tested it out here at PoolDawg and it does seem to stick better than other chalks. As for the color, it's a reddish brown/rust color due to the iron in the lava rock which oxidizes when it hits the air. Don't forget that we also carry Lava Chalk in traditional blue!