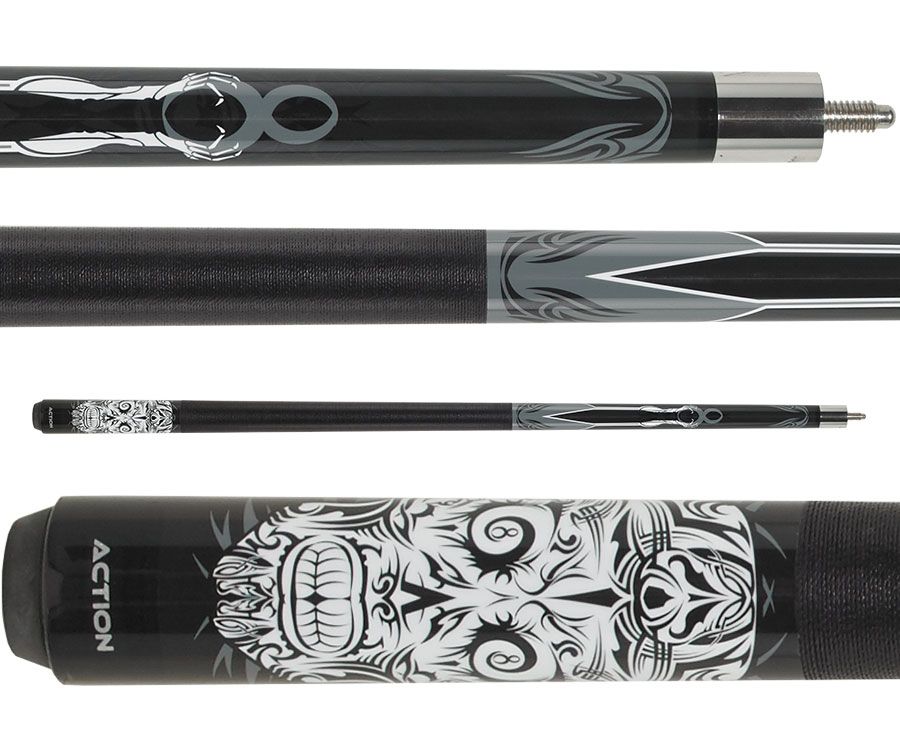 Notify me when this product is in stock

Action's new line of Calavera cues lack neither style nor identity; their designs are made to evoke the traditional Calavera designs of Central and South America. This particular cue--we're calling it the Nightmare cue--has a hauntingly beautiful Calavera skull design on the butt plate, just below the traditional black Irish linen wrap and several sets of long, skeletal arms reaching up along the forearm to cradle several gunmetal grey 8's. It might be a little grim in its design, but it'll never be overlooked.

Beyond the exquisite design, the CAL01 also happens to play really well thanks to the pro tapered hard rock maple shaft, the 13mm boarskin layered tip and the 1" fiber ferrule.

As with all Action cues, the CAL01 includes a 1 year manufacturer warranty to protect against any defects in the cue.