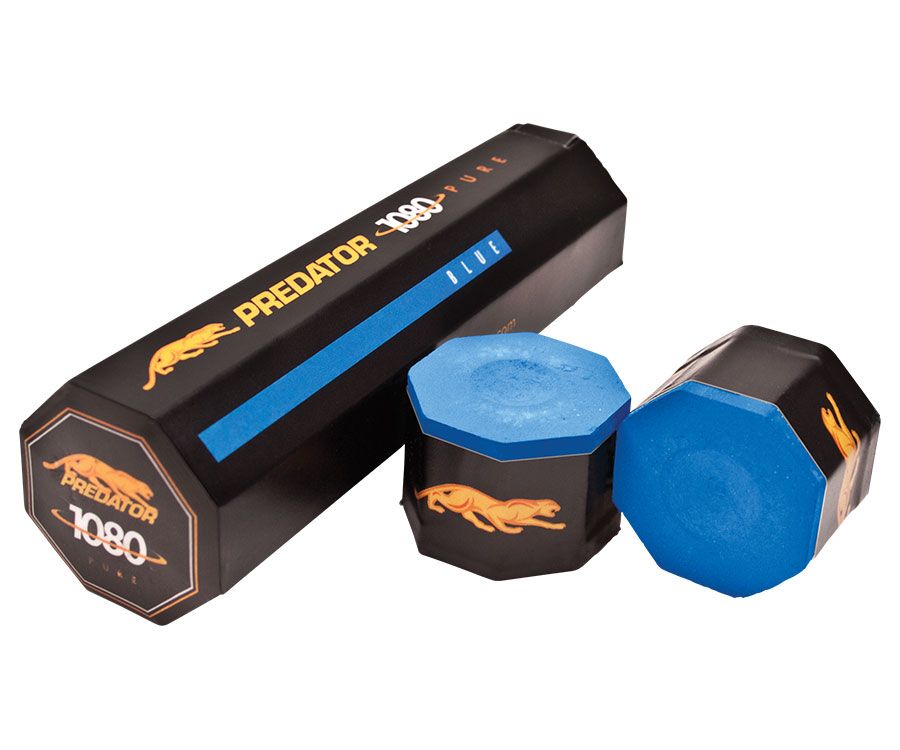 Notify me when this product is in stock

After more than 5 years of research and development and three years of testing by the world's top pro pool players, Predator's 1080 Pure performance chalk is ready for prime time! Using a special formula of pure silica, 1080 is all about performance and winning. When using Predator's chalk, expect improved accuracy, greater consistency, increased rotation, longer on-tip chalk life and better application coverage than standard chalk. Plus, it's shaped like an octagon. Because square chalk is so 20th century. Did you know that we carry a pool cue chalker for the Predator 1080 Chalk? It fits that octagon shape perfectly and keeps your chalk nice and safe! 5 pieces per tube.