One of the many phrases that a new pool player will hear is 'use the tangent line'. For those of you who are rolling your eyes thinking, "Not this again." Just skip the next few paragraphs and get right to the drill. Everyone else, get ready to learn the first step in great position play. 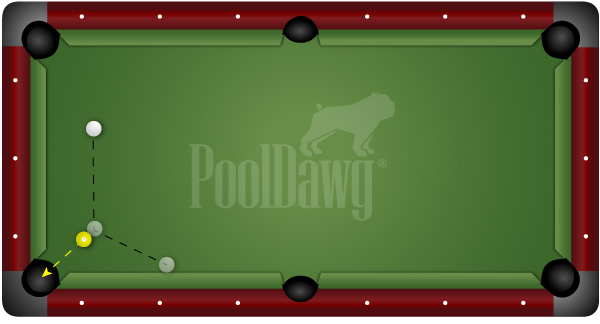 There are ways to change the tangent line using variations of follow and draw. This is especially useful when there is a scratch to avoid or a ball in your path for position. By hitting high (follow) on the cueball you can bend the cueball forward and hit the rail sooner. 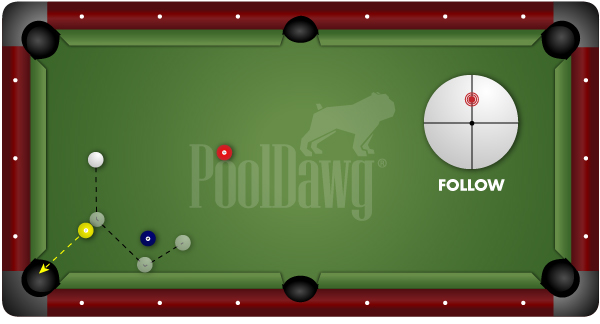 Conversely, by hitting low (draw) you can bend the cueball backward and hit the rail later. There are also many variations in between, which is where the tangent line drill comes in. 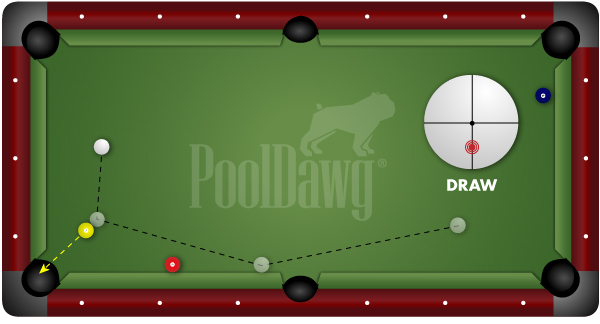 The drill is set up as below. The fifteen ball should be pocketed in the side on every shot, and the cueball should return to the same spot after every successful hit. The goal of the drill is to get every possible line off of the same exact shot using only follow, center and draw. Most people are good at the extreme follows and draws, but struggle with all of the stun variations in between. 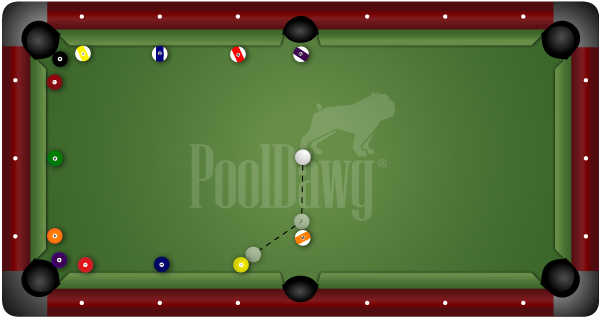 For the first shot, the thirteen should be pocketed and follow should be used to make the cueball hit the one ball. If you are successful, put the one ball where the thirteen was and try to hit the two using a slight stun follow. By the time you get to the five you will be using center stun. At the six ball you will start using stun draw, and on the twelve ball full draw will be required. As you work your way around the table try to hit every ball head on (not rail first). If any balls are disturbed they should be put back on their diamonds. If you are able to hit all of the balls, then very well done. You are on the way to being a great position player.