How To Stop The Cue Ball 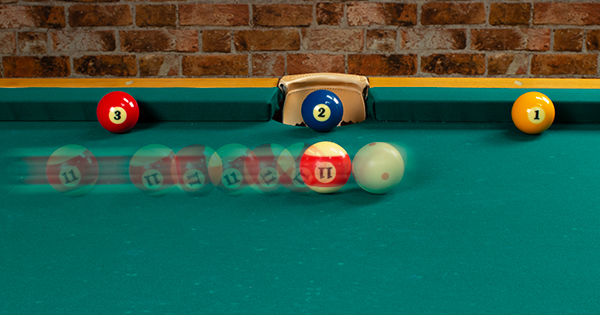 One of the most fascinating things about pool for me is watching the cue ball stop dead in its tracks. I have always been amazed when this happens, even though I know how to do it. Let’s look at this phenomena a little more closely and how it can help us win more games.

Frank Says:  "It’s hard to execute a stop shot if your cue has a crummy tip on it! Check out our huge selection of pool cue tips and find one that works for you!"

We are interested in the case where the cue ball is sliding. The hard part about getting a cue ball to slide is that it is speed and tip position dependent. A lot of beginners always wonder why the cue ball doesn’t stop even though they hit it low. The answer is they didn’t hit it hard enough and the back spin wore off to roll, causing the cue ball to roll forward after contact.

Here is a drill that will get you on the right path to learning how to stop the cue ball at various distances:

Take your time with this drill and master it. Once you have the ability to hit stop shots with varying speeds and distances, you’ll find that it helps pocket balls and move the cue ball to your advantage.

See you on the road.