I just got back from Reykjavik.  What a crazy cool city!  You guys probably thought I was kidding about the whole Iceland thing, but really that was just the first stop on a whirlwind 2015 world tour for your pal Frank T. Dawg.

As always, when I get to a new place, the first thing I do is hit the grocery store for some food.  I gotta say, I was a bit concerned when I looked at the shelf and saw this: 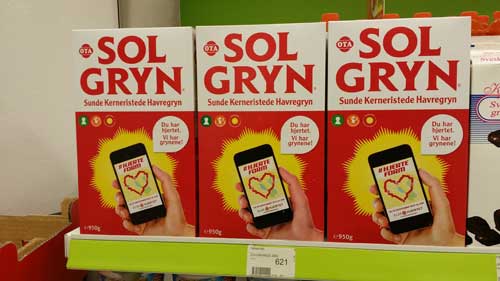 Anything with a name as close to Soylent Green as this stuff is something I'm gonna stay far away from.  After all, according to Charlton Heston, Soylent Green is people.  I love people, just not for eating.  Between that and seeing menus featuring whale and puffin, I decided to play it safe. I found this kickass place that serves Icelandic hot dogs (made from lamb instead of pork or beef), so needless to say I was in hot dog heaven! 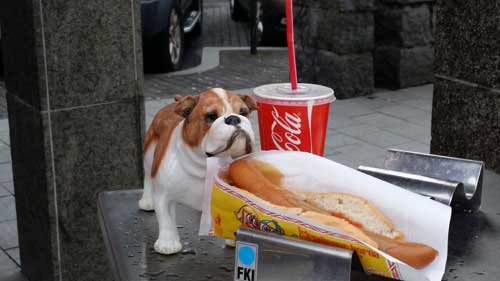 Now you know me, and I'm not going to any town without checking out the pool scene.  So, I headed over to Snóker- og Poolstofan.  18 pool tables, 8 snooker tables and just a short walk from the main part of town.  If you're a pool or snooker player, this is one place that's not to be missed. 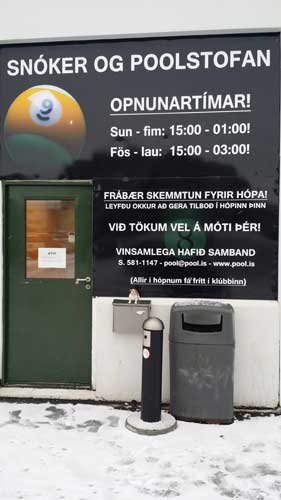 After running a few racks, it was time to see the sights.  Having never seen a glacier before, I gotta say I was impressed.  I may be small, but that thing was absolutely massive! 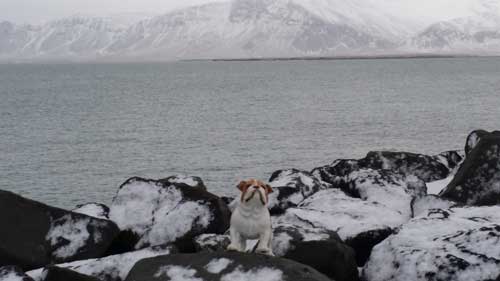 From there, we headed out of town and to Geysir (aka The Great Geyser) and to see the tectonic plates (one of the only places where you can actually see them).  It may have been cold and windy, but it was seriously cool. 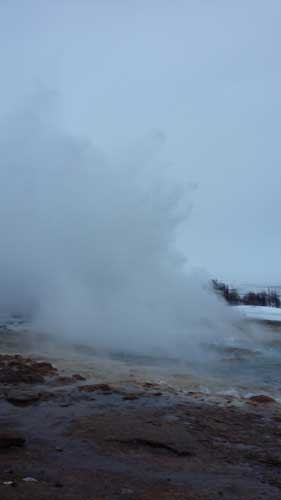 The next day, it was all about checking out the town.  There's actually quite a bit of American culture that's made its way to Iceland, including The Big Lebowski and the mighty Chuck Norris. 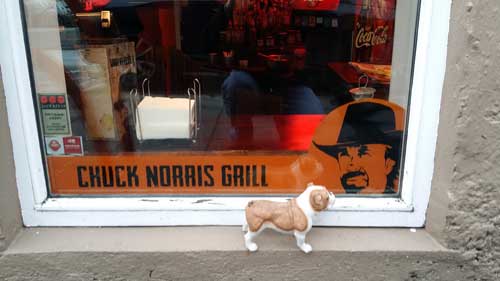 Before leaving, I took a ride on a polar bear, checked out some trolls and took in some of Iceland's amazing public outdoor artwork. 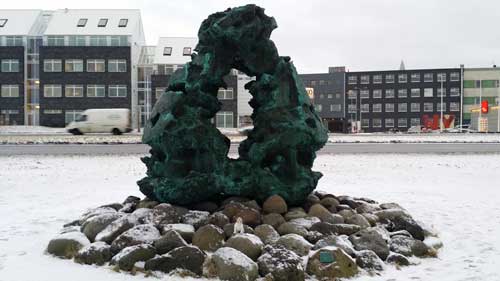 What a great way to kick off the new year.  I can't wait to see where I go next!